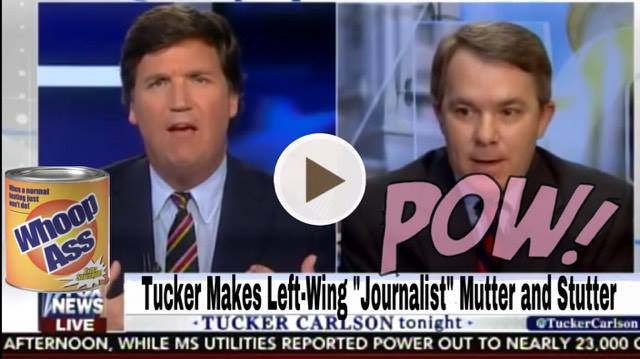 The leaked DNC documents, including John Podesta’s emails, that Wikileaks released in the months prior to the November election, did not come from the Russians. It is as simple as that. We have reported that many times before, and we will continue to report this fact, as long as the left-leaning MSM (mainstream media) continues to publish “fake news,” by distorting and overlooking the facts. We are not saying that the Russians are innocent, and did not attempt to hack anything, or even that they do not deserve sanctions. We, at TD Newswire, believe a thorough investigation into the Russian hacking is needed, and are confident that Donald Trump’s administration will get to the bottom of it. (VIDEO BELOW)

Any hacking by the Russians is inexcusable and intolerable, plain and simple. Equally plain and simple is the indisputable fact that none of the documents distributed by Wikileaks came from the Russians. Thursday night, Sean Hannity aired his video taped interview with Wikileaks founder Julian Assange. (SEE HANNITY/ASSANGE INTERVIEW HERE) Once again, Assange makes it clear that the did not receive those documents from Russia, or “any other state party,” and he went on to say that “any 14 year old” could have hacked into the DNC. In 10 years of Wikileaks existence, not one, of hundreds of thousands of pages of documents, have been proven inauthentic and they have never been shown to lie about any source.    (VIDEO BELOW)

Clearly, Barack Obama knows that those particular documents were not from the Russians. (See Hannity/Julian Assange Interview). That means that this big over dramatic production of placing sanctions on Russia was just a last ditch effort to blame something, other than Obama’s failed presidency, for Hillary Clinton’s loss, and an effort to salvage some of his dwindling, imploding legacy.  (VIDEO BELOW)

This short clip from Tuesday night’s Tucker Carlson Tonight, shows just how much proof they (mainstream media) the DNC, “leaked” documents came from the Russians. NONE. Watch Tucker Carlson politely DESTROY this left wing editor from the Philadelphia Inquirer . The poor guy mutters, stutters, and babbles the same thing over, and over again, which is…….nothing! There is absolutely no proof because it did not happen.  (VIDEO BELOW)

Please enjoy this clip and SHARE this. The liberal media will try to hide this.  🙂

Mr. Davies seems like a really nice guy, and I feel sorry for him after watching that video. However, when you write about a topic without having proof or evidence, then agree to go on live TV to discuss it, I guess that is what you should expect. 🙂

Please share the truth surrounding this issue if you LOVE America and support President Elect Trump. Thank you!