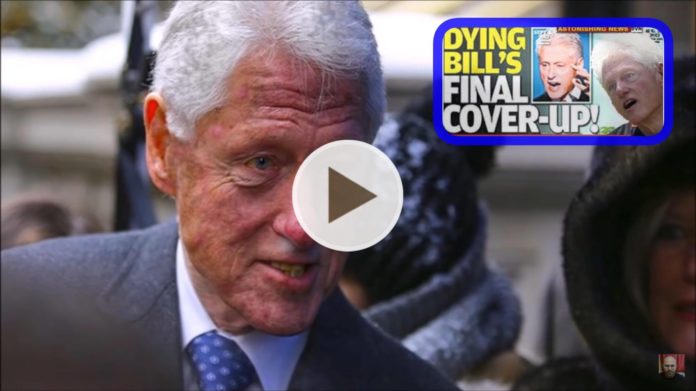 Here is a viral video spreading like wildfire right now on Youtube.   David Vose goes through a series of recent photos of Bill Clinton, and speculates about his illness, based on the appearance and facial lesions.   (VIDEO BELOW)

We have also included a link to an exclusive report by Radaronline.com, saying that the ex-president suffers from Parkinson’s-like symptoms, and has dwindled down to 117 lbs.  (VIDEO BELOW)

According to a December 14 RadarOnline.com report, (Bill Clinton’s Weight Plummets To 117 Pounds As Friends Fear He’s Battling Cancer) insiders close to the Clinton’s are afraid that cancer may be eating him alive, and that he is drained and emaciated due to chemotherapy.

Did anyone else notice Bill Clinton's hands shaking during his #DNCinPHL speech?

While we disagree with the Clinton’s politics, we would never wish problems like this on anyone.  We hope that President Clinton is able to recover fully from whatever is ailing him.

Please click below to send a prayer to Donald Trump and his family.  🙂

A Prayer for the Safety of Donald Trump and Family: Please READ, PRAY and SHARE this. Let’s get this out to 10,000,000 people. Thank You Prayer Warriors! God Bless!!