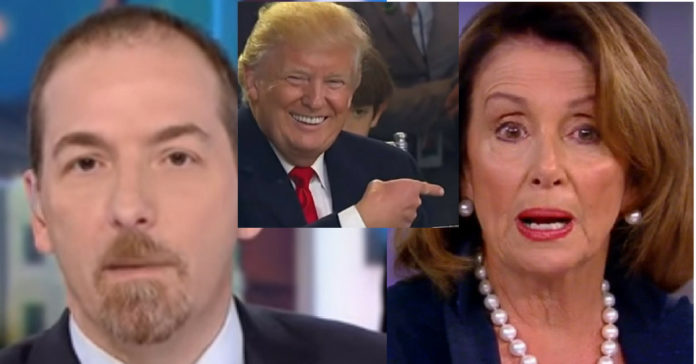 President Trump is on a historic roll and the left is finally admitting it. Even the hapless network NBC can no longer hide the fact from their despondent viewers.

He continued, “How about the Republican Party? The president’s approval rating among Republicans is around 90 percent. Elected Republicans fear criticizing him, and the party has become a cult of personality: his.”

He added, “Still, much of Mr. Trump’s success is superficial. While he’s more popular among Republicans, the party overall is shrinking. His trade war, North Korea, or the Mueller investigation all could turn against him and, frankly, turn against him now like North Korea has. But if the Democrats’ reaction to the Kennedy retirement proved anything, it’s that the Democratic Party has not figured out how to succeed in the Trump era.”

After Shameless Reporter Blames Trump for School Shootings, Sarah UNLOADS Like NEVER BEFORE.