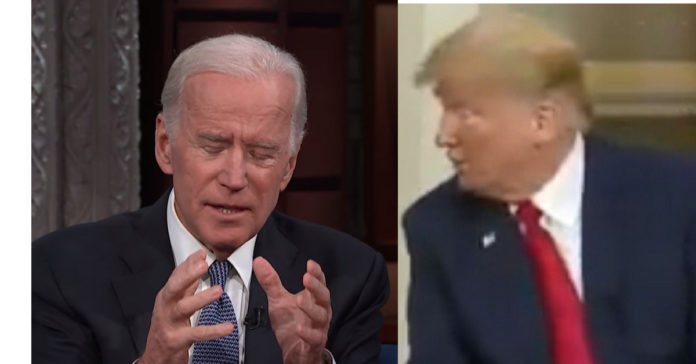 Joe Biden’s running. Of this, there is no doubt. And why not, after surveying the Democratic field he probably thought he had a duty to run.

He probably beats Trump – well that is the theory but his support of TPP would have been a problem, among other obvious issues.

Biden does have a larger cross-over appeal than any other Democrat outside Sherrod Brown or Manchin, and he should know better than to go after Trump the way he just did.

Whoever takes on Trump will need to win the swing vote and if this is Biden’s approach he is in a heap of trouble.

Biden made his fiery remarks in Phoenix, Arizona, at an event for the League of United Latin American Citizens (LULAC). He specifically targeted the Justice Department’s “zero tolerance” policy on prosecuting all illegal border crossers.

“Grotesque lies, lies about immigrants, about crime, about costs to the community,” said Biden. “This administration’s policies that literally rip babies from the arms of their mothers and fathers — it’s one of the darkest moments in our history.”

The “zero tolerance” policy, in turn, led to an increase in the number of children separated from their parents until Trump signed an executive order ending the practice.

“Not only is it a national shame, it tarnishes the very idea of America and diminishes our standing in the world,” Biden said.

Trump officials immediately fired back. Trump aide and former secret service agent Dan Bongino noted that Trump had stopped the separation of families and that similar separations had occurred under the Obama administration.

“This policy was in effect during the Biden/Obama years and was enforced even more ‘grotesquely’ to use his words,” Bongino said on “Fox & Friends.” “He starts that thing off by talking about a series of ‘grotesque lies’ and then doubly ironic goes to lie about what the policy is.”

Trump Reveals His Dream Opponent For 2020, Predicts Why He’ll Win Re-Election In Landslide

After Biden Threatens President with Violence, Trump Hits Back Hard.