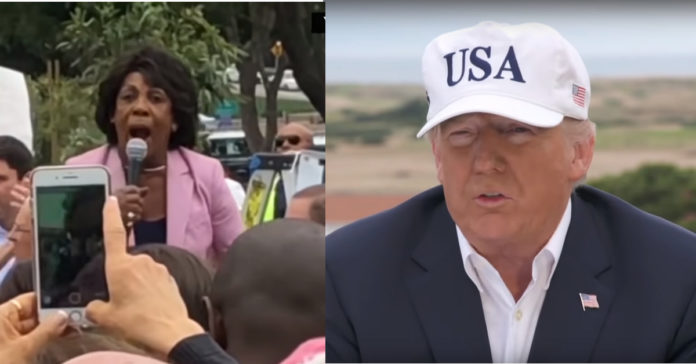 The left and the GOP establishment did the one thing you never to do a fighter like President Trump.

Underestimate him. Give him no chance. And worse, mock him for it.

Mock him for even daring to think he could do the impossible and beat them both at their own game.

It was a fatal mistake and they clearly haven’t learned their lesson.

As Maxine Waters just made painfully (for the Democrats political future) clear.

When asked about Trump tweeting that President Obama should have done more about Russian’s interfering in our elections, Waters said, “First of all, let me say this: If the president wrote out at some point and said the sky is falling and it is Obama’s fault, and everybody knows he likes to blame Obama for any and everything that he can come up with. And in addition to that, it is very clear that he’s jealous of Obama and his administration and the fact that he was able to do so well.”

”And so he’ll keep blaming him over and over again, trying to undo the public policy such as the ACA put in place by Obama and so everybody kind of knows who he is at this point,” she added “He’s defined himself pretty well. I don’t know why anybody takes him seriously.”

They all said he couldn’t do it. They all said after he won he would be a disaster because he was in over his head.

But all Trump has done is prove every one of his doubters wrong and I hope they keep underestimating him because then Trump has them right where he wants them.

Trump is winning and cleaning up the mess Obama and Bush left for him and it is literally driving the left insane.