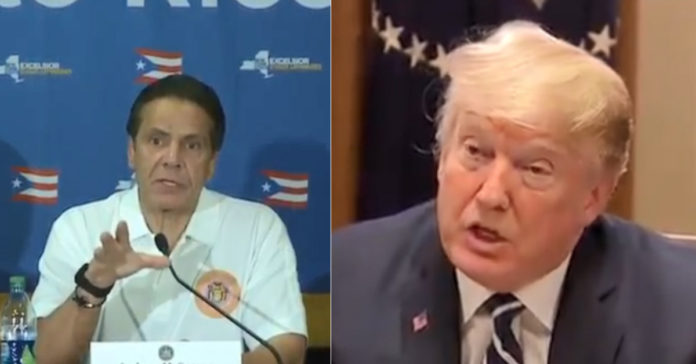 The left will never learn and that is the reason they keep snatching defeat from the jaws of certain victory.

How Hillary was their candidate is one that will go down for the ages… really she was the best they had?

Speaking of dumb political moves that will live on forever.

Cuomo’s comment was made after he announced that he was pardoning criminal illegal aliens who were facing deportation because of their past crimes, the New York Post reported.

“What they’ve done at the border is an example of it, what they’ve done in Puerto Rico, and they are on a jihad to deport as many people as they can who they believe are not in the United States legally,” Cuomo claimed.