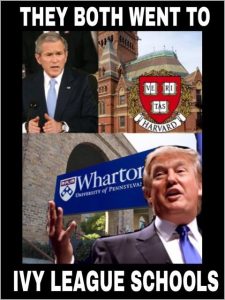 Both Donald J. Trump and George W. Bush beat up on poor little Jeb Bush.  Well, we assume George W. beat up on Little Jebbie when they were kids.  Most big brothers pick on their younger brothers from time to time.  Boys will be boys.  We know for a fact that Donald Trump beat up poor, weak Jeb Bush.  Some of it was even on TV.  (SEE VIDEO BELOW) 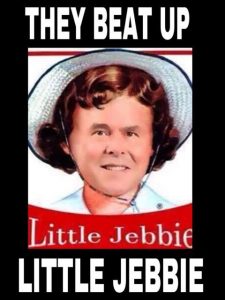 And guess what? Everyone knows how civil rights icon turned traitorous race-baiter, John Lewis, called President-elect Donald Trump “illegitimate” earlier this week and said he will boycott the Inauguration on Friday.  As it turns out Lewis did exactly the same thing when George w. Bush was elected. Lewis called George W. Bush an “illegitimate” president and stayed home in Georgia rather than attending the Inauguration.

So there is one more thing Donald J. Trump and George W. Bush have in common.  What a coincidence!  Or not!!  🙂 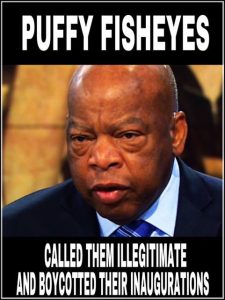 John Lewis is not a "legend"–he was a minor player in the civil rights movement who became a nasty, bitter old man https://t.co/j0tN8KBK6N 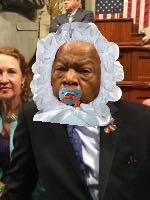 Does Congressman Lewis need some PAMPERS? DEPENDS on who you ask!!!!

Hopefully some of these made you laugh!!  🙂  It’s all for fun!

If you can’t wait to see the Obamas of the White House please SHARE this with everyone you know. 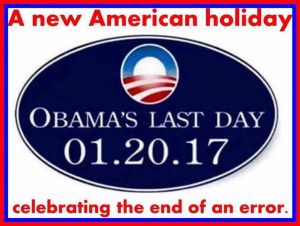