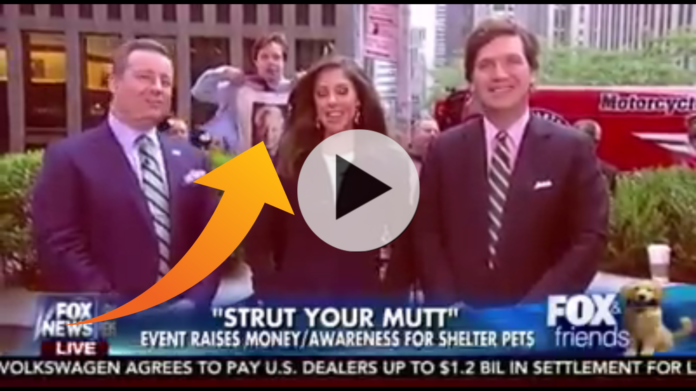 Just one day after Alex Jones started his “Bill Clinton is a rapist” bounty contest on Infowars (See second video and partial transcript) and young man jumped up in the background on Fox and Friends and…well, see for yourself:    (VIDEO BELOW)

The funniest thing to me is the “TUCKER CARLSON CACKLE”!

Here is the part of the Alex Jones Info Wars Show where it puts out the bounty.  The Donald Trump campaign has nothing to do with this but this needs to get out.  We understand the Bill Clinton is not running for president.  It is the travesties that Hillary Clinton committed against these poor innocent women.  She has ruined many lives of Bill’s women and threatened many of there lives as well. 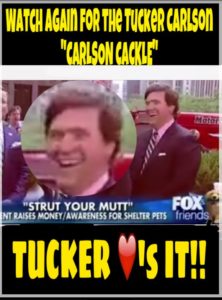 Now watch that first one again and watch Tucker Carlson’s reaction.  Priceless!!  Then check out this one (BELOW) and SHARE this article with every Donald Trump supporter you know!

The Alex Jones Show, Bill Clinton is a Rapist 100k bounty! from The_Donald

Anyone that gets on national TV with the shirt (Bill Clinton Rape shirt) clearly, for more than five seconds gets a $1000. That means behind cameras, you name it. Anyone that gets it on the air on national TV and gets the words out Bill Clinton is a rapist or things along that line with a bullhorn, I could go to this right now, $5000 until a budget of $100,000 has been spent.  But you got to upload the video to Facebook and YouTube. You got to get it to us and I pay all these bounties for these contests. We’ve had $100,000 contest like this before. My budget is $100,000. That means of a bunch of people do this I’ll pay up to $100,000 and stop.